The map below represents a block plan for the Old Burying Ground. The (letter) following the name of historically significant individuals buried at the cemetery indicates the area in which their grave may be found. 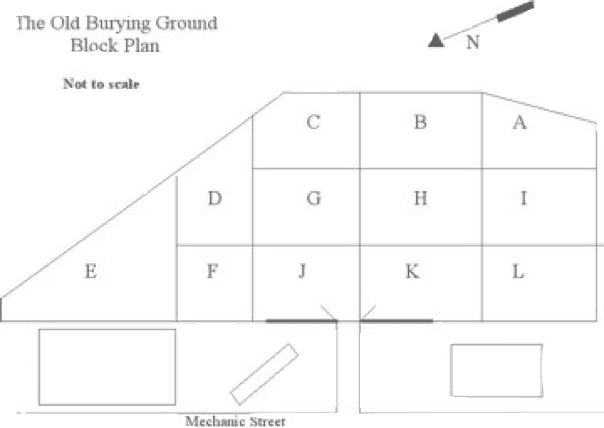